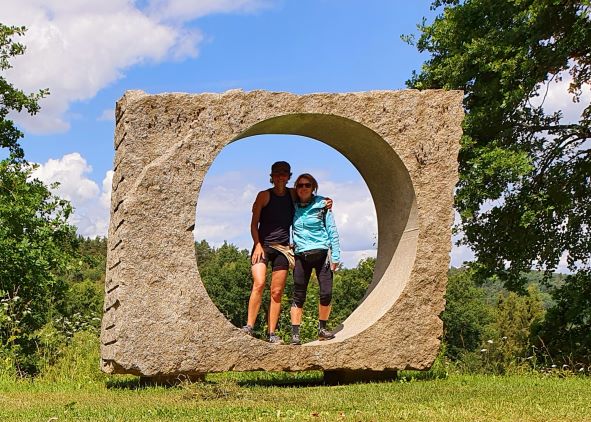 Episode 6 of our European Overland trip 2020

For those who prefer the video, it’s at the end…

The original plan, was to go far far east and meet up with Christine and Hans in Albania for a trip on the Balkans. But that was all before corona showed up and messed up our plans. So after meeting them for some aerotowing in Altes Lager and Bösingen, we decided to explore the Chech Republic together. So after Andelsbuch (Austria), we showed up at their place where we could park very comfortably next door. Even though we had just departed on our trip, it was nice to slow down even more and enjoy the comfort of their home and beautiful garden.

Hans organized some aerotowing with local pilots in the area. We (Koos) from Pfarrkirchen and Forst. Forst is a nice and well organized airclub near Neumarkt in der Oberpfalz and there were some 15 pilots who wanted to fly that day. For information on the airstrip and club go to their website.

While Koos and Hans launched from Forst for their flight home, Christine and I made a nice cycling tour around the Donau-Main Canal that used to serve for the transportation of goods. But soon after it was finished transportation by train became more popular. Now it’s a great cycling route that can take you from Nuremberg to Neumarkt in der Oberpfalz. Or, as we did the other way around (but then not all the way…). Along the route there are many art objects but icecream is hard to find…

Thanks to live tracking on XContest we – the ground crew – were able to see that both Hans and Koos were making it back to Frontenhausen, so it was an easy pick up.

We Dutchies ride often along Munchen going to Austria. Sometimes we stop at one of the many flying sites in southern Germany, in the foothills of the Alps. What not many people know is that in Beieren there are apart from hill launches quite a few aerotowing sites. On a good flying day there is always a tug pilot willing to tow a couple of hanggliders in the air.

With Hans Kiefinger we go to Pfarrkirchen and Frost. Pfarrkirchen, 20 km north off the Austrian border, is a sailplain airport. But the dolly which we found in the hanger proofs that hanggliders are regular guests. A local trike pilot comes over, and tows us in the air. Thermals are good, but the wind (20 km/u) makes it difficult to stay in the area. After 3 hours I (Koos) manage to get back to the airport. Hans with his rigid has less problems with the wind and flies 40 km into the wind back home to Frontenhausen.

Frost is a ULM field near Neurenberg. When we arrive there are allready 10 pilots rigging there gliders, mostly rigids. The task of the day is again Frontenhausen. But this time we have tailwind. 110 km in a straight line, but we have to zigzag to avoid restricted areas. We have a slow start, and one low escape, but after 4 ours we’re both in the goalfield in Frontenhausen.

After almost a week we packed up our things, including clean laundry, and went on our way to the Chech Republic.