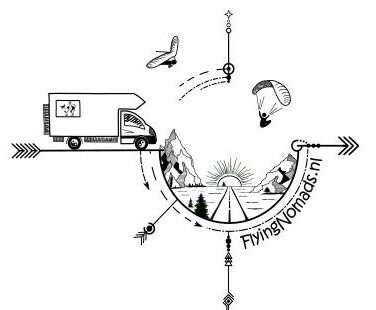 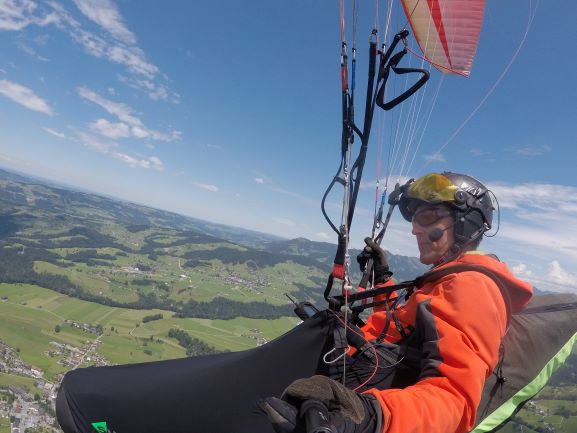 Episode 5 of our European Overland trip 2020

For those who prefer the vlog, it’s at the bottom…

After the rains came in Bösingen and flushed out all the pilots back to their homes, we moved on slowly.

One of the things that frustrated us in the past, was (and it was only due to ourselves and our eagerness to fly as much as possible) driving past nice places, telling eachother how nice it would have been should we have stopped, and regretting most of the times we didn’t, because we had a deadline – going back to work!

So, before we set off, one of our rules was not to pass nice places and rush on. Slow travel in our Zen Van. Therefore, after the rains came in Bösingen and it was time to move on, we set off south. We took the scenic road through the Black Forest, which is, next to being very beautiful, also less travelled and because of that a lot nicer to drive.

There are also a lot of free campsites in the woods, at skilifts (I don’t know exactly when was the last time they were operated) and we stopped at the Schluchtsee. The highest reservoir in Germany with its height of 930 metres above sea level. On the north bank there is lot’s of tourism- your obvious tourist-trap with souvenirshops, paddleboats, icecream karts and crowded terraces with waitresses with mouth masks. On the south bank the excellent cycleroads take you past the water, through woods and open fields. Just enough for a nice excercise. We parked at a little pond just before the Schluchtsee to avoid parkingfees and the crowd.

Further on but a little off route to our next destination, we followed the Donau river through some nice valleys. You pass the pretty town of Donauschingen, with the river’s source, Beuron with its huge convent (we visited that years ago), and some castle-looking building on top of the gorge – where we stopped for a walk – and the tour ended in Sigmaringen. Apparently good for a 4 day bike-tour, but that’s for next time.

Travelling with a 3,5 tons plus truck has it’s disadvantages such as blocked roads (usually in small towns or city centers) but the most annoying is that we need a tolbox for most European countries, Austria included. And, even worse, you need a different one for every country. Maybe the EU can agree on using the same tolbox for every country (just a suggestion…).

As we only intend to stay just a couple of days we sneak across the border on some back road, ignoring every now and then the 3,5 tons prohibition sign (we always say to each other that we are a camper and not a truck…).

We had been here twice before but never with good flying conditions and now finally it was time to launch from Andelsbuch (1000 m of height difference). A nice and well facilitated flying area (or if you come in winter) skying resort, with free parking at the skilift (at least on the Andelsuch side). And even better; next to the landingfield. I was still taking it slow on shoulder-movements but Koos was eager to fly and had 2 flights from the top at 1500 m. The view is amazing; the Alpes to the south, the Bodensee at the Swiss/German border to the west and in the north the flatlands of Germany. The launch is a big field with a ramp for the hanggliders a bit further down. The only downside is the walk from the lift to the launch, I wouldn’t want to do that with my hangglider…

Andelsbuch, sure is a place you can easily spend a week (or two).

It starts to like a complot of the weather gods, but every time we get pushed onwards because of rain and/or thunderclouds. Well, there’s nothing like sitting in your home on wheels when the sky opens up with a dramatic concert on your roof.